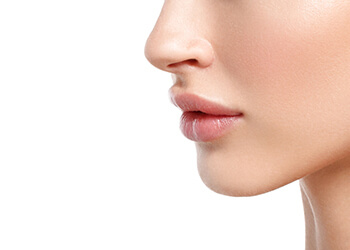 Hoarseness is a general term that describes any prolonged and abnormal change to the voice. This means that the voice may become strained or sound raspy or breathy. Volume and pitch may also be affected.

There are a whole range of potential causes of hoarseness and Mr Nick Eynon-Lewis will perform a full medical assessment to diagnose the cause and then offer treatment or advice based on that diagnosis.

Causes include vocal cord palsy, benign vocal cord swellings or neoplasms. It can also be caused by inflammatory conditions such as Laryngotracheobronchitis, often known as croup or Laryngitis.

Other factors are hormonal, trauma, functional, neurological, psychiatric. It may also be the result of surgery or medications. Age-related changes to the voice are also common as the elasticity of the connective tissues of the larynx starts to weaken.

Neoplasm means a new growth and they can be classified as benign or malignant. A malignant neoplasm is also referred to as a cancer and invades local structures around the cancer and has the potential to spread to other parts of the body. Cancer of the larynx is usually associated with a history of smoking although this is not present in all cases. Cancer can either affect vocal cord movement directly or can paralyse one of the nerves that controls movement of one of the vocal cords. Cancer of the larynx is treated with surgery and/or radiotherapy.

The most common benign neoplasm is a papilloma. These can be solitary or can be multiple in a condition called Recurrent Respiratory Papillomatosis which is caused by a virus. Papillomas require surgery.

There are a number of swellings that can occur on the vocal cords that can make the voice hoarse. These include cysts, nodules and polyps.

A cyst is a localised swelling that has a lining. They can be formed at birth, from blockage of a mucus gland or by a bleed into a vocal cord. They often require surgery.

Nodules occur on the superficial part of both cords where they meet in the middle. They are often caused by over-use or abnormal use of the voice and can occur in children and adults. Nodules usually respond to voice therapy and rarely require surgery.

A polyp is a swelling that has a stalk and usually needs to be removed. A swelling can also be caused by scar or fibrous tissue. Generalised superficial swelling of the vocal folds is known as Reinkes Oedema and is usually caused by smoking although rarely can be caused by hypothyroidism.

This category covers a range of voice disorders. The underlying aetiology may be anxiety or the development of poor techniques of voice production which may follow on from a inflammatory initial cause.

Neurologic disease can affect the voice in many ways but broadly can be related directly to laryngeal nerve supply or the co-ordination of muscle movement controlling the vocal folds e.g Parkinson’s disease

Laryngeal Dystonia is a movement disorder affecting the larynx and is of unknown
cause.

The effect of hypothyroidism has been mentioned previously. Other hormones particularly sex hormones can effect the larynx. Some singers have to avoid the contraceptive pill.

Blunt or penetrating trauma to the neck can injure the larynx and/or the nerves supplying it.

These conditions affect the connective tissues and joints of the larynx. Rheumatoid arthritis affects the larynx in up to 31- 75 per cent of patients although they are rarely referred to ENT and their symptoms are often subtle.

This means as a consequence of medical treatment.

Medical: Many medications can have an effect on the voice. This may be related to a direct effect or secondary infection e.g. steroid inhalers

Surgical: The most common cause is vocal cord palsy after thyroidectomy.

As well as pathological processes that interfere with vocal cord vibration and movement, patients may also present with voice abnormalities due to abnormalities in the way they use their larynx. Posture and tension in the neck can be important as is the way in which the patient initiates and controls voice production. The vocal cords need to be looked after and sometimes this can be relevant, for example, when a patient does not keep themselves adequately hydrated.

This is mainly related to changes in the strength and elasticity of the connective tissues of the larynx. Characteristically this causes bowing of the vocal folds.

The City of London Medical Centre

The City of London Medical Centre